Any painful moment past must pass the moment you lose interest in it!

Our task, if we want to be free human beings -- if we want a life in which we no longer carry around with us "what he did," "what she didn't do," "what never worked out" -- begins with discovering that there can be no real freedom for us until we understand the nature of the tyranny of the past that still lives within us. And one of the main areas of this unchallenged dictatorship that still holds us captive is... our inability to forgive.

Do you know people -- maybe who aren't even alive anymore -- that you haven't been able to forgive? Are there certain events in your life you just can't release? Well, you should know that what you can't release isn't the person or the condition that you see as being the source of your pain. What seems to be "stuck" isn't an old situation you can't release; it's a thought. It's the negative effect of a certain order of mind that -- in its darkness -- lives as a prisoner of a "presence past." (Remember Charles Dickens' Ghost of Christmas Past?) Over and over again, certain negative images -- crammed full of the conflict felt in the moment of their creation -- are unconsciously revisited by a part of us that actually **wants*** that dark visitation. Why? Because this familiar pain confirms (in a very strong fashion) our certainty of who we are by re-creating what once happened to us in life. Don't push this idea away; clearly something in our own mind actively recollects what it does from our past, regardless of how it wrecks the present moment for us. To be punished by any past presence is to be a prisoner of your own past.

A "prisoner mentality" is part of any thought or feeling that blames something outside of you for what amounts to self-induced pain. Was there a person who did something terrible? Yes. This planet is filled with toxic, cruel human beings -- victims themselves of a pain they can't escape. But does that mean that we should spend our life running, hiding, resenting what was? No! In a word, we aren't free of our own past because we don't see what's happening to us, within us, in the present.

Something -- anything, be it an event, a smell, a sound, a thought -- will stir the mind and call up within it the memory of a person, an event, a condition; and at that moment, what happens? Something in us grabs onto whatever it was that happened and "bang" -- bitterness, sorrow, regret, or rage results. And with this suffering comes "proof" to the sleeping mind (that is revisiting its own images) of exactly who (or what) is responsible for this pain. Blame follows; and all of this is fueled by what we will call the will of unforgiveness. It is this "will of unforgiveness" that pumps the dark heart in the body of resentments, keeping it alive; all it has to do is stir the memory of some past misery -- as in the hot coal of some collapsed relationship (or whatever it may be) -- and in floods blame. Blame feeds the fire, keeping the self in place that feels as though the pain it has is due to the person it blames. But here's the key lesson:

These thoughts and feelings that come back flooding into you are not your thoughts. They have no real right to be there running through you unattended, ruining your life. But you grant them entrance to your mind and power to make you ache every time you consent to relive what someone did or didn't do to you. You empower that will of unforgiveness each time you permit yourself to be dragged into its consideration of what has past.

There is freedom in realizing -- seeing the truth of the fact -- that whatever is holding you captive right now has no right to do so. None! The split second that you see you're a captive of your own mind, you have the freedom to challenge it with the new understanding that belongs to your new, true mind -- a mind that can't be made a prisoner of anything. In this way, you begin a major step up and away from the negative influence of this will of unforgiveness, because now you are starting to think *toward your own negative states, instead of being someone who is thinking from them.**

Forgiveness comes with realizing that whenever you start thinking about someone or something from the past, you have literally been lured into the "presence" of that past event. And in that moment, in that presence past, there can be no forgiveness because the "you" living it out (again!) can't forgive anything any more than an image in a pond can make clear the waters in which it is being reflected. In many ways, this "self" is one with the pain it blames something else for causing. Seeing this as being true effectively ends not just the wrong relationship we have with our own mind in that moment, but it also ends the feeling that someone else is to blame for this pain.

Nothing else can make forgiveness flower except our understanding of the real nature in us that's incapable of forgiving and, in releasing that same low level of self, finding therein that forgiveness has already blossomed. True forgiveness requires not just the release of "what was done" to us, but also the false "self" to whom it was done. Said in other words, we cannot let go of any pain without letting go of the self in which this pain lives on. And this is why forgiveness requires the quite bold -- and in some ways challenging -- task of realizing that the dark "will of unforgiveness" isn't going to bring about its own demise. Ignorance isn't about to agree to bring about its own end.

If you want to have real forgiveness, it begins with giving yourself up each and every time some past presence presses its will in and upon you. Use the will of this new understanding gained through these insights we have shared together -- strengthened through your own further self-discoveries -- and use them to lay down your "self" when you see that is what's needed. Do this, and I promise you that who gets up won't be the same you that laid down your life. Something new will rise where you once were, and it will be free from the past, which means you'll be free to forgive. 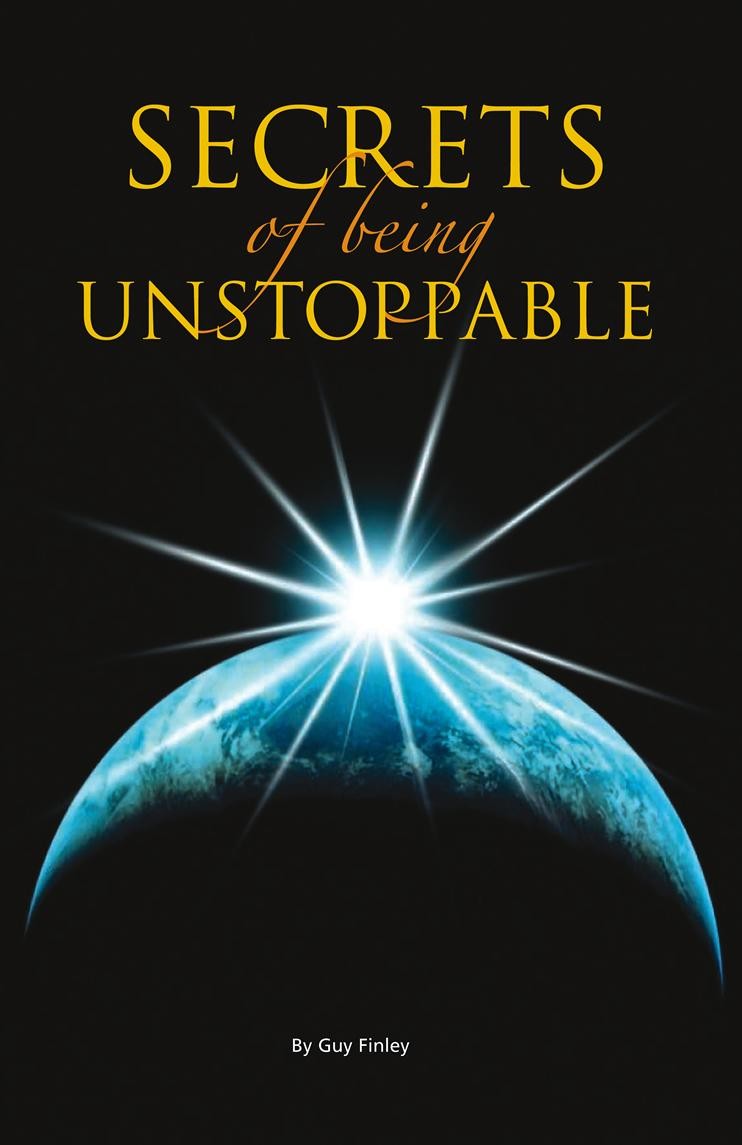 Secrets of Being Unstoppable