Subscribe Now
1 Views
Develop the Indomitable Self in You

Seen properly, what is any dark mental or emotional habit -- such as regretting our life, cultivating resentments, or fearfully trying to protect ourselves from what "may be" -- other than the unconscious practice of perfecting what punishes us?

Resisting any negative state merely helps it realize its full potential to make you its prisoner!

In this world that you and I live in, response is request. We can slightly enlarge this idea by restating it this way: The way you respond to life is also a request you make to it. See how the next few examples prove this important discovery:

Someone walks into your home or office and says something to you that upsets you terribly. You respond with a negative state, continuing to brood or broil about what's been done long after the offending party has left. Is your negative state (your response to the event) not a request that others who walk into your life that day will see you and treat you according to the condition you're expressing? Surely you've seen that like attracts like? And isn't your refusal or inability to let go of that negativity a request on your part to live within the condition that now has taken you over? Think about it.

Perhaps you say: "Well, no. It's not a formal request on my part to be taken over by a dark spirit. That negative feeling came in and overtook me."

What you don't as yet realize is that the punishing mental or emotional condition dominating your spirit has no real authority whatsoever to take you over -- NONE! No dark state has authority over you! No self-compromising state is entitled to command who you really are! Now, is this higher understanding at work in your life? Most likely not. The odds are that you'll have to admit that virtually every state that comes visiting expresses its life through yours, whether welcome or not. Fear surfaces, you're afraid; cruelty appears, you're cruel; hostility comes, you're hostile; anxiety jumps up, you're uptight. Every response of yours that either embraces or denies the visitation of these self-compromising states is a secret prayer on your part to never possess yourself.

Every visiting state that comes, every despairing condition that washes over us, transforms our life into its own. When that state turns us into what it is, we are unable to respond to life from anything other than the content and "quality" of that state. Our inability to respond from anything but the quality of that state is the same as requesting all the conditions that are in line with and similar to that negative condition.

We have an inherent God-given understanding within us that we're not intended to spend our lives being dominated by anything, but here we are, day in and day out dominated by one mental or emotional state after another, washed over so thoroughly that there's no difference between us and what has washed over us.

Hatred washes over us and it's replaced by some guilt; then guilt is washed away by a feeling of trying to get forgiveness, and the forgiveness is washed away by the next condition. Meanwhile, within everyone's experience, virtually at the same moment all of this is going on, there's a feeling that something is terribly wrong with knowing ourselves from this runaway sense of self. We feel this way about our lives in these moments of lost self-control because we understand intrinsically that who we really are is not meant to be continually being changed into whatever it is that comes along!

Wouldn't it be tremendous if the next time a wave of anger came over you, you were more than the anger? Or what about the next time you started to sink into some doubt or depression, wouldn't it be wonderful if you were more than that futile state? Think about what it would mean just in our physical world alone. We're cruel to one another because when we get angry or depressed, all we know to do is to express or repress the state. Our response, in turn, attracts exactly the thing we say we don't want. Think about what it would be like to be more than any mental or emotional state. The purpose of discovering your real internal life is to show you that there is something within you that is already much more than any one of these states, or all of them combined.

We have the Ground within us upon which these waves of states both move and break. But rather than living upon and from the Ground that these waves break over, we continually identify and find ourselves in the ever-rolling waves. As long as we continue to find ourselves in these waves, the only thing that we will be is dominated. We'll continue to feel ourselves as victims, longing again and again to possess ourselves, all the while thinking in a response to some wave that just broke over us that, "if only I had 'this' or owned 'that' my life wouldn't be so unsteady."

Think about what it would be like for you to begin asking to live from God's ground. To stand upon something unshakable. How do you ask to live from that ground that knows itself as part of the whole, yet isn't washed away by it?

Can you see how down to earth such a question really is, even though it deals with heaven? If not, then you can begin seeing its value by asking yourself if you've ever given yourself away; sold yourself for a crumb; been the fool again? Then ask: wouldn't it be nice to never again be washed away by any state that compromises your real life? This is what I'm talking about. But you have to ask for it. You have to learn to ask in the "right" way for this kind of Help -- and the "right" way is the spirit you ask from.

The beauty of this new request we're talking about is that as you begin to do this special internal work, you find that there are actually ways that you can work at being more than the state. But the way that you work at being more than the state is by becoming aware of its presence within you and, while remaining aware of it, working consciously to neither express nor repress it.

When you refuse to give yourself over to any state that ordinarily dominates you, for the first time you are conscious of the state and the ground it is rolling over. Do you see this? Here's a spiritual fact that will help you to develop this necessary new and higher self-discernment.

All of your emotional states are visitors. They are not you. They are not selves. They are part of your self only to the degree you identify with them, which then turns you into that expressed self.

So, when this psychic visitor comes, your ability to recognize it as a visitor does what? All of a sudden there's you and the state. There's you and the condition that before has dominated you because you didn't recognize it as being a visitor. You thought it was something you had to go along with because you thought it was "you." And by keeping your attention where it belongs (on the ground and not on the waves), you don't give yourself away to something that doesn't belong to you. Instead, you find your new sense of "I" in the quiet revealing quality within you, instead of in those wave-like qualities that are being revealed to you.

In every moment there seems to be a "you" and the appearance of these visiting states, whatever their qualities, rushing over and through you. Ordinarily, as each mental and emotional state moves into you, its nature defines you. You're unaware in these moments that you have within you a Being that is changeless, that is indeed timeless. But you can't ask for this wonderful, truly empowering internal Life to be yours as long as you continue to identify with every single emotional state that wanders through you. So it's necessary to work at self-detachment.

As you can begin waking up to the presence of these visiting states and work to deliberately detach yourself from their inner-influences, you won't lose yourself to them. This is an elementary but powerful form of self-command.

And as you become newly aware of yourself in this way, you'll also contain the visiting state. This conscious sense -- of being both containment and its contents -- is the proof there is something "higher" than that visiting state. Not only does the higher contain the lower, but it also reveals the presence of another Self whose lofty nature may be in one world, but that is not of that world at the same time. Please ponder this deeply. You can understand all that it implies because the truth of it lives within you. Find it there.

Find that immovable ground that is inside of you. Learn to live there by working to not let your life be lived out by visiting states.

Excerpted From: The Lost Secrets of Prayer: Practices for Self-Awakening, pages 50-60. 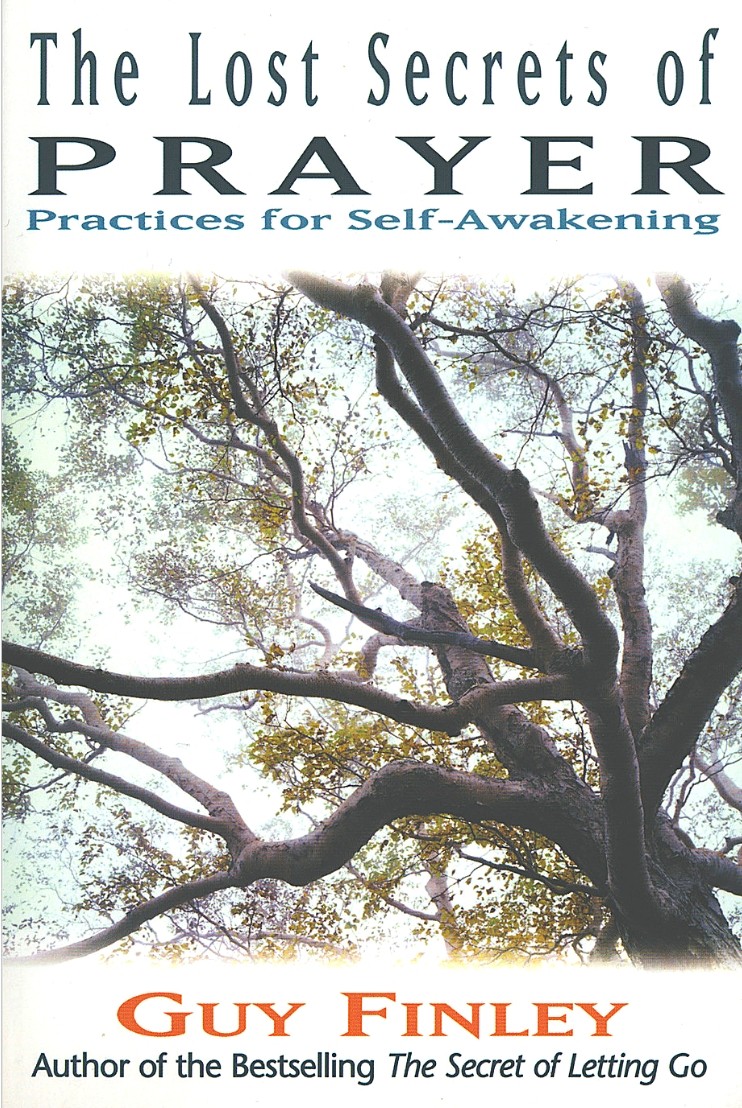