Thinking can no more produce true peace of mind than throwing a stone into the center of a pond has the power to quiet its ripples.

When a mind is at rest, anything that stirs it is instantly recognized. When we can be awake to what stirs us -- become conscious of what is always pushing us, moving us, drawing us along -- then we have a chance to actually begin to recognize and realize what it would mean to be able to sit in a room and not have our mind pulling on us from a thousand different directions about a thousand different things.

Day in and day out, our minds are inundated -- socially, culturally, economically -- with ideas, programs, drugs, special places... things that, if we could only acquire them, would quiet our restless minds and hearts. A person spends his or her life in a constant foot race, trying to grab onto an idea, a thought, a plan, something that their mind has come up with that if they could just get that, they will fill themselves with whatever it is. They reach for it thinking that they are capable of satisfying themselves with those images that their own mind generates.

We are not created to be self-filling creatures, but we have become so. There really isn't any other way it could have been for us as beings born into a world of opposites. The journey into a divided mind began as infants in our cribs. When something (we didn't even know what it was) bothered us, all we had to do was cry out and something good came out of nowhere and was put into our mouth... a bottle, a pacifier... we were crying and all of a sudden came heaven! It was simple. Just as in the animal world, there is an instinctual cry for that which protects us to come and give us what is necessary to put the suffering to an end. And so we're taught, right at the very beginning, by a mind that knows to reach out for what it doesn't know but that always receives from that something upon which it can chew.

As we grow older, little by little we start to realize that we can't always cry out and have something put in our mouth because society says, "You're too big for that now." So we have to have something else to chew on, and that is no problem for us because the same divided mind -- that knows to cry out in order to bring something to itself -- learns to create for itself that which satisfies itself: not food of a physical nature, but psychological food. These are the thoughts and feelings that an individual is able to produce for themselves in a moment where there is a disturbance. In the consideration of objects that the mind makes, a person can take those thoughts and feelings into themselves and start to feel better about the condition that they are in.

From a simple physical beginning, our mind is set up to operate in a divided way, to seek for itself what will satisfy itself. It starts at an animal level, but becomes psychological. We become image eaters! When anything is wrong, we let the mind pull up a plan, the problem person, the past, a brighter future. We let the mind come up with something that it can chew on that satisfies the sense of dissatisfaction that is right there inside of us. This is how human beings spend their lives -- minute by minute, day in and day out -- and there is no rest in such imagined food. There is no chance this divided mind can bring peace to itself by calling upon bits and pieces of the content of its own existence to fill in that hole. But what is phenomenal is that we also have inside of us the potential to see all of that and to understand the fact of it, so please consider the following:

A certain event happens, and we start to imagine how much money we will make. We "chew" the sounds of money. We get to eat something that momentarily fills us, satisfies us, because when we think about that money, we're not thinking of money but an image of money in our mind that is powerfully packed with all of the content of our experience with money -- maybe hearing mom and dad fight about it, or seeing others lavish themselves with things so that their image of themselves is absolutely at ease for a split second. But no more is the feast over, then this creature that is the image eater looks around for something else. It needs something else to satisfy it.

We don't see that we are providing ourselves with the sensations of life. The mind that creates the image that the mind considers is unconscious of the fact that the image it considers is feeding it with the content of itself -- and it has no sustenance to it. It can't do what the mind thinks such a thought can do. When we think about him, her, this, or that as a remedy to the emptiness or to the pain we have -- as the sensation of that person or plan floods in -- we don't think to ourselves that there could be anything wrong with such a life. After all, for the moment we're not crying out! We can't see that everything we think about like that is as insubstantial, as unreal as is the sense of our self that it satisfies. This explains why people consistently revisit the past -- people who have hurt them, old resentments, broken dreams -- because they can count on it as food. It's like a bad buffet, but at least it's there!

We can see now that this experience that we have of life where there's no rest in it is because our mind is forever trying to find something in which to rest. The mind that finds a split second where it believes it has something it can rest in hasn't found a resting place but has found an image of a resting place created from its own past -- which is as incapable of providing rest for it as is the air capable of holding us were we to lie down on it.

We keep calling on thought because it gives us a feeling of our self, but we can't live without the feeling of our self because that mind is endlessly generating sensations in order to sustain it's life. Its life cannot give us rest.

In contrast, while we well know what the feeling is of those images that we have been feeding on all of our lives, there is the feeling of the Now. This very moment, the Now, can't be known. There is no thought that holds it. There is no idea about it. It is at perfect rest because it is perfect creativity.

We are sitting in the present moment without knowing that we're sitting in it because our mind is feeding on the ideas that we're hearing -- feeding on the resistance or the approval of them, the constant consideration of thought imagining itself in order to extract from itself something that makes the self valid. That mind can't know rest, because it is tied to a team of runaway horses. But those tethers can be cut. That is what attention is -- bringing oneself into the present moment.

What is the feeling of Now? When you're meditating, eyes open or eyes closed (it makes no difference what you are doing if you are truly in the Now), you are not thinking about a thing. You are using other parts of yourself to bring yourself into a direct relationship with the present moment, and the only way to be in direct relationship with the present moment is through the full sensing of it. Thought doesn't sense. Thought makes sensations of things. Our mind, heart, body, ears, eyes... every part of our every cell has awareness to it.

We can't begin to want to have a different order of life until we realize the absolute impossibility of finding the rest that we're looking for in the level of being that we're presently living from. We might as well dig a hole to go up -- it just doesn't work!

We think we are our thoughts... and we are not our thoughts. The brain is addicted to simulating itself with its own content, and it doesn't see the damage in it because it is satisfied by its own actions. But something in us can wake up to be aware of that whole process and then see: "I don't want to eat this anymore. I don't want to eat these thoughts," meaning I don't want to identify with thoughts about people that hurt me. I'm sick of that food. I don't want to worry. I don't want a future because any future that I can want is a creation of a mind that can only want more. The eternal Now, this present moment, is the future.

What is the feeling of this moment? You can you sit quietly and try to feel what this moment is, because that is the only way you can know it. Thought can't know it, but the heart can. 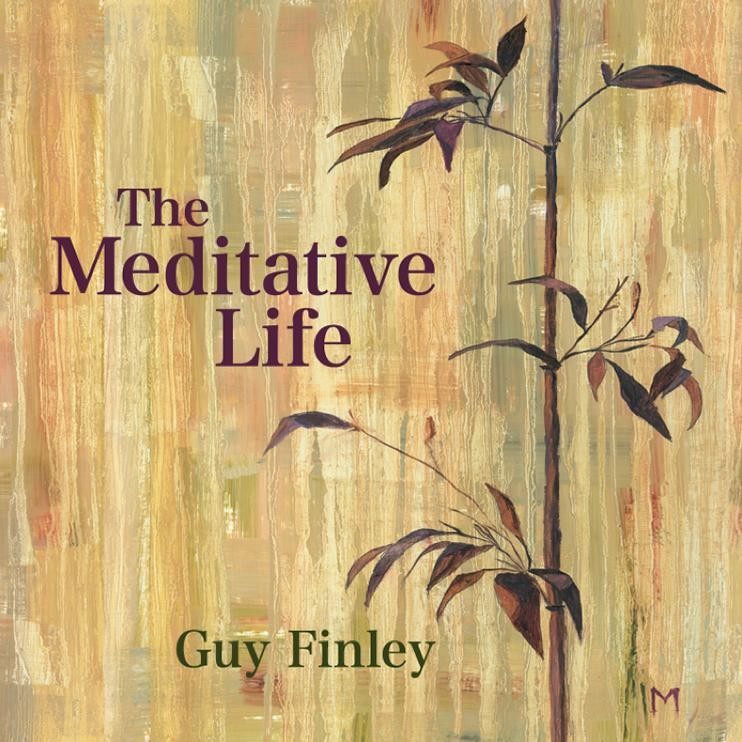