Nobility is the effortless and fearless possession of the soul that realizes nothing in the universe can either increase or decrease its God-given estate.

In days now thought distant to us but perhaps not as far as one would imagine, the queen of a great country said to her daughter, "Constance, come here and sit down next to me. Even though you are still but a child, you are now old enough to receive the gift I have been holding for you since the day you were born."

Constance met her glance with a big open grin that fairly shouted, "Tell me more!" In fact, the clamoring of her own thoughts had grown so loud that Constance barely heard another thing her mother told her that afternoon. Out of all that was said, all she remembered as she left the royal chambers some time later was one thing: whatever the nature of this royal gift that her mother had for her, she would receive it some time after breakfast the next morning.

Her mind didn't stop racing the entire afternoon. And what a contest it was; one after another some spectacular vision of what might be hers would run through her mind's eye -- only to be replaced, as if by magic, by an imagined something even more grand. The possibilities were endless; after all, being the daughter of a great queen who ruled over a vast country, she was heir-elect to all its wealth. And so Constance spent the rest of her day and all that evening in dreams fit for a princess.

The next morning, Constance looked up and saw her mother standing in the open archway of the great hall. With one wave of her white-gloved hand, the queen beckoned Constance to follow her and disappeared down the long passageway. Constance was quick to follow; and when she caught up to her mother she was surprised to find her standing in the courtyard, about to board the royal coach. Where were they going? And why did it have to be now? This was not the way things should be going. But, swallowing her disappointment at this delay in receiving the gift she had been promised, she quietly stepped inside the coach. No sooner had she taken her appointed seat on the padded bench across from her mother then, with a sudden start, they were off.

The next four hours were the worst Constance had ever experienced, that is, until they pulled up in front of the royal lake cottage where she was told they would be spending the night. Her mind was wracked with questions: Could her mother have forgotten her gift? Was she being put through some kind of test to determine her worthiness?

That evening passed as slowly as did the royal parades she so hated to sit through. The only thing that made it tolerable was her hope that tomorrow would be her day. No such luck! Early that next morning, while snooping around inside the royal coach for the gift she hoped her mother might have brought along, Constance received stunning news from one of the drivers. The plan for the day called for an eight-hour ride north to the royal mountain chalet. She almost cried out loud, "This can't be!" but caught herself in time. After a quick bite to eat, and not one word about anything important, like the whereabouts of her royal gift, off they went again.

Even though the countryside was brilliantly decked in pre-autumnal colors, the ride along the tree-lined road seemed to go on forever. Finally, just at dusk, they pulled up to the royal Castle of the North to find a banquet prepared and waiting for them. Constance thought maybe this party was the front-runner of better things to come, but the evening passed without a single mention of her gift. And, in spite of the soothing sounds of the great river rising up from the foot of the mountain below, she barely slept a wink. "Tomorrow I will end this," she kept telling herself. But she couldn't put an end to the stream of her own tormenting thoughts.

For another five days Constance, her mother, and their small entourage of attendants pressed ahead -- one night at the royal vineyards, the next day touring the royal mines. Then a day's ride through open plains and valley fields, they inspected the granaries and then went on to their coastal estate for a sunset cruise aboard the flagship of the Royal Navy.

It was late into the seventh day of their journey when Constance cried out, "Mother, why do you withhold my gift, the special one you had promised me? What have I done to deserve the punishment of this long journey without you even mentioning a word of it?"

The queen leaned forward and bid the drivers to stop the carriage. Then, after allowing a moment to pass for the road dust to settle, she reached over and flung open the coach door. "Come with me," she instructed her daughter. Somewhat reluctantly Constance did as she was told and followed close behind her. They walked slowly down to the edge of the lake.

She reached out and placed one arm around her daughter's shoulder and, gently pulling her nearer to her, began to turn slowly with her in a three-hundred-and-sixty-degree circle. "So now," she went on speaking, "let me give you my gift in a way that cannot be mistaken."

And with this the queen extended her other arm in a broad sweeping gesture that took in the whole country before them and quietly spoke these words: "Listen to me, daughter of my heart. For the last seven days and nights we have been riding through your gift, only you couldn't realize what had been given to you because it was too big for you to see!"

She looked up at her mother to ensure that her ears had not deceived her, and when her eyes met a royal smile beaming back at her confirming the immensity of the moment, she knew it was true. So Constance smiled back at her not only in gratitude for this immeasurable gift, but also for the experience of a strange new feeling now coursing its way through her. For the first time in her tender young life, humility touched her heart. And in these brief seconds of this stirring in her, something else was equally evident: she could not separate this powerful new sensation from the revelation that had given it birth. How small had been her own imagination -- desiring only such trivial things had kept her from seeing what was right before her eyes the whole time.

"Yes, daughter. Everything you see around you not only belongs to you now but also has always been yours from the moment that you were born."

Excerpted From: Let Go and Live in the Now: Awaken the Peace, Power, and Happiness in Your Heart, pages 31-36. 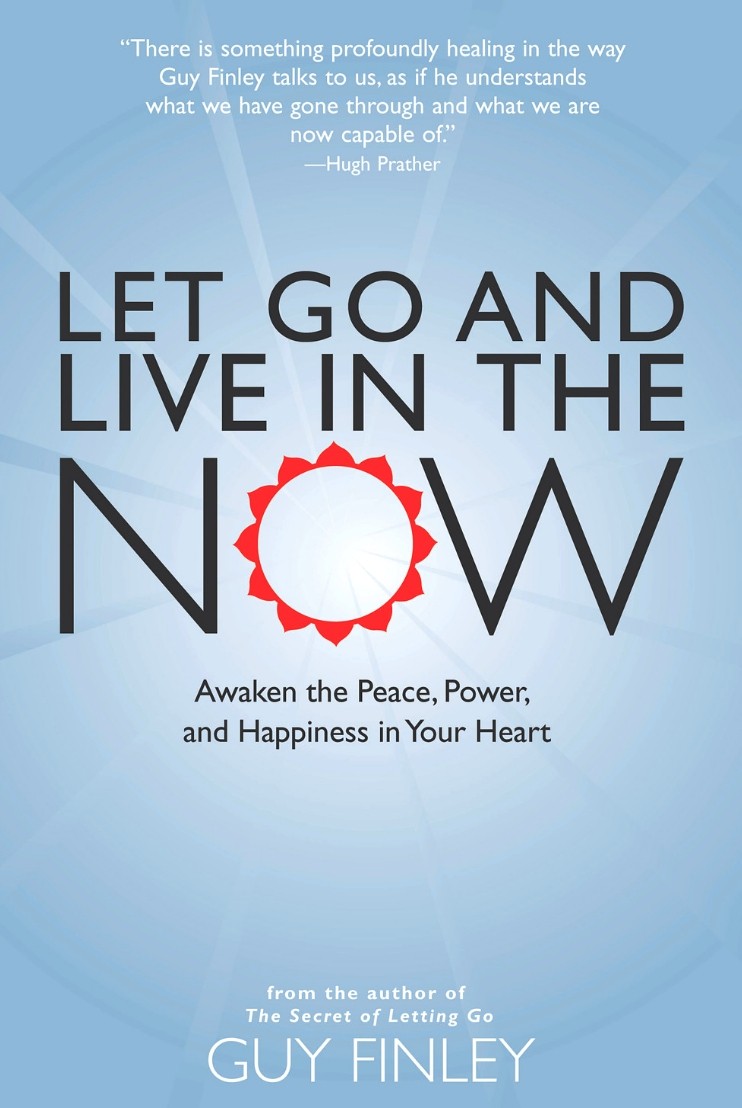