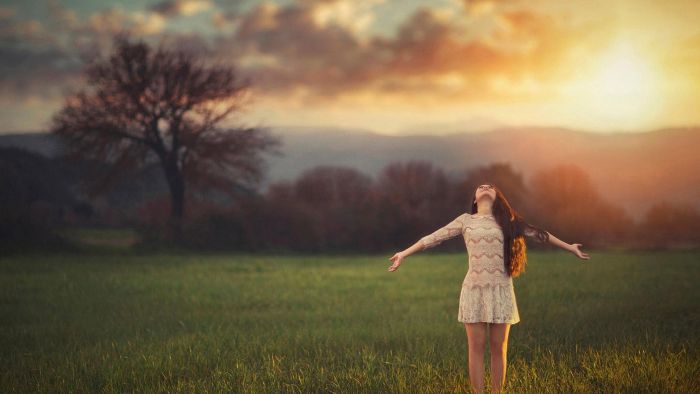 Seek the Permanence of Real Life

It is from out of one's unconscious fear of death that comes the frustration, pain, and inevitable sense of regret born of trying to steal a feeling of being alive.

Everything in this life is made to be impermanent, so that by the action of time, it can be changed into something new. I know; it's hard, even painful to understand this, but one day you'll see, only love is forever.

And what is this love that is forever? Surely it's not the love we have for food. It's not the love we have for our possessions. We get an indication of it when we have someone in our life that we love, but as surely as the tide rises and sweeps the sand castle to the sea, so does the passage of time -- by its very nature -- gradually pick up even the one we love and carry them off to the sea. There's no escaping that. And only a fool thinks that one day they won't have to deal with the inevitable loss of that which, in one way or another, their entire identity has been established in and around.

It is practically inescapable -- because of the present level of human consciousness -- to not form these deep attachments, to not become so thoroughly identified with people and possessions. And yet, life is never-endingly acted on by time, taking one form that it calls for and changing it. Our task is to understand that there is the potential -- in the midst of something changing -- to find the changeless.

The Divine comes to us asking, "Will you let go of what I have given you so that I may give you inlet into something grand?" In this physical world, the whole idea of dying to oneself, of recognizing the futility of clinging to things that we do isn't understood, and so the inlet into a higher world is missed. But there is an understanding that is connected to the inlet. Our responsibility is to begin to ask ourselves, if there is immortality, if there is rebirth, then what is it that we must go through to experience that? What do we have to see to begin to let go?

You imagine an object, a future, a possession, a feeling that you want. Your mind imagines what it feels it must have (or be) to feel whole and complete. In the same moment of the formation of the object imagined is a certain crystallization, a verification of the nature that has done the imagining. The minute you imagine something that is going to make your life secure, permanent, and happy, the imagined self doing this becomes real! Its sense of reality, of being permanent, is tied to the strength of the attachment it has. The more attached you are to whatever the thing is that's been imagined, the more real it seems, and the more real and permanent you are. But is anything imagined permanent? Clearly, the thing imagined isn't permanent, and if the thing imagined isn't permanent, and your sense of self that's a derivative of this formation is equally imaginary, then how permanent is that identity that has produced what secures it? It's not permanent either, is it?

This unseen assumption of permanence is the unconscious outcome of a mind that first creates an object in which it can invest itself -- so it can know itself -- and now that thing becomes real because this "I" that imagined it depends on its existence! And anything that rocks its existence, rocks you! And all the rocking in the world doesn't change anything, does it? Except how much you suffer, uselessly, over the advent of events that are designed to help you understand the imagined world in which you live.

God doesn't send problems to you. God sends proof of your problematical nature as it imagines its own existence. That is quite a different way of seeing things, isn't it? Because it isn't as though one doesn't have pain over the loss of something. Most human beings can spend their lives despising, rejecting, and resenting that which takes what they love, and then living their lives trying to remember everything that took place while they had what they loved.

Instead, they can understand that the whole thing is the action of love. It is the action of the Divine, this greater life asking: "Will you let go of what you take yourself to be?" And the only way in which it can prove to you the mistaken identity inherent in that is through its action.... which is to remove from you what doesn't serve you, but that (if you could see) would in turn serve you in the truest sense... which is to align you with this higher world in which all time and forms come and go and are changed.

This world changes as it does because it's showing us that we live in a world in which the only thing that's fixed is this identity that has produced what it is fixated on. The true timeless in you is an awareness through which all of this is taking place.

Here is an exercise, a way to work to become more aware of the lower nature that clings so tenaciously to its attachments. In any unwanted moment, become conscious of the contraction you feel. This contraction is resistance to what life is asking you for. It is your wake-up call. In that moment, agree to let life have what it has asked you for. You may not even know you're clinging until you're being asked. And when it's asked for, the response isn't to tighten your grip. The response is to recognize life is asking you for something. Time is working to change something, and if you would let time do what it wants to do to it, your awareness of its action would awaken you to the timeless world in which those changes don't impact who you really are. The changes are observed instead of suffered over. You're a witness to the beautiful movement of time and all its forms instead of a captive of someone who believes these conditions must remain in place or you're going to die!

The more you try to keep conditions in place, the more your true possibilities are dying. Whereas if you let them die, you'll find real life, because you understand that, of course, everything is impermanent... and so is this self that suffers over its passage. The clarity of that is the action, and the action in this instance is to begin to understand life in that very moment it is trying to give you an awareness of those parts of yourself that insist on clinging instead of awakening the parts of you that can see this clinging nature and let them go because they serve nothing real and good.

Learn to recognize that something is wrong in the level of consciousness that believes that what it has imagined is permanent is the same as real permanence. Only God, only the Divine is permanent. Seek that relationship by learning from, instead of pushing away, the appearance of everything that proves how impermanent this present world and the nature that thinks it possesses it actually is.