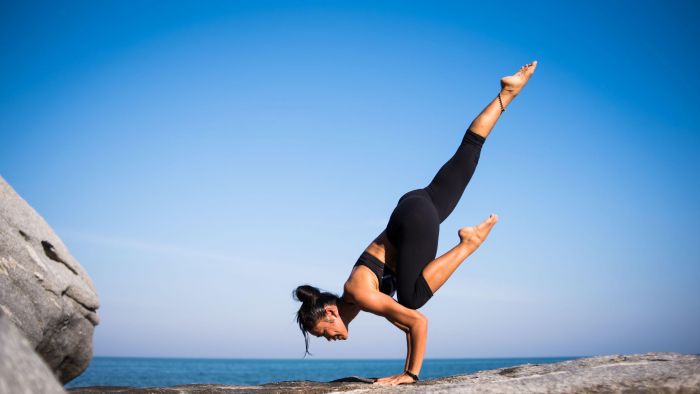 The main reason we must always remember to hold our chin up whenever negative thoughts try to drag us down is because whichever direction we choose first in that moment is what the rest of us will follow.

As goes our attention, so comes our experience.

A young woman once decided that her best chance of getting hired by a company doing geological survey work in the Alaskan wilderness was to earn a private license to fly twin-engine planes. A few days later she began taking lessons from a wise old bush pilot, highly respected throughout the region for his cool and collected ways of dealing with the worst possible situations.

After the mandatory ground schooling, at which she excelled, and during her fourth lesson in the sky, the flight instructor gave her what she thought was a special treat: Taking his hands off the yoke, he turned the flight controls over to her. There she was, just as she had dreamed, sitting tall in the co-pilot's chair with the flight stick firmly in her hands.

She felt like she was literally on "cloud 9"; that is to say, until a scant moment later when she found herself rudely awakened from her dream sequence. She tried shaking her head to get rid of what was before her eyes, but that did not work. In the distance, through the windshield, she could see something that was rushing toward her faster than what she knew to do about it!

Seemingly just ahead, and appearing as if out of nowhere, a huge snow-capped mountain lay dead ahead. Transfixed by its sheer mass, she found herself as frozen at the stick as were the iced and craggy peaks stretched out before her. And she was headed straight for them! A deep chill came into the cabin.

All along the wise old instructor was watching her closely, studying her reactions. Of course, she didn't know it, but he had turned the controls over to her for just this test now taking place. He waited until the last moment he could, and was just about to take over again, when she snapped out of her fear-induced trance. She looked away from the mountain and turned to face him.

Then, in a voice so trembling and timid that it even scared her, she broke the tense silence of the moment: "Sir," she said, "Please take over the controls. I'm afraid we are about to crash!" His reply stunned her. "No," he spoke quietly, "I don't think I will. After all, it's your flight."

It was getting harder for her to take in a whole breath, as if she were standing in the oxygen-thin air atop the great white mountain before them. Struggling to control her voice, she dug down into herself and managed to ask one more question of her teacher: "Then what should I do... Please, tell me what to do!"

She looked over at him again, and was surprised to see virtually no worry at all upon his face. His calm demeanor helped calm her. She took a deep breath and relaxed her hands that had just about choked the life out of the control yoke. The next moment he gave her a short three-word instruction, and she knew everything would soon be all right. He simply said: "Change your altitude."

She pulled firmly back on the yoke and felt the craft respond by rising. Moments later, the icy peak passed beneath her and out of sight. She marveled at how she could have forgotten that the controls were in her hands, and that she had been unable to remember this on her own. She made a silent vow. Never again would she forget this one great lesson: She could choose her altitude.

Doesn't this short truth tale remind you of a certain kind of spiritual strength that you know belongs to you, but that you have somehow forgotten or misplaced? It ought to; after all, how many of us look out ahead of ourselves at some unwanted event that looms too large, and find ourselves feeling out of control... headed for what seems a sure unavoidable collision? Wouldn't it be nice to be able to reach down inside of ourselves, grab hold of the controls of our own consciousness, and pull ourselves up? To quietly watch whatever that would-be mountain of a problem is just pass by harmlessly below us even as we reach ever-higher and happier skies?

We can learn to do this. Such a power is not just a pipe dream. The ability to take conscious control of our spiritual altitude is given to us as we awaken from those unconscious parts of ourselves that not only become transfixed before challenging events, but that are the secret creators of the very things into which we then crash! We must work in every moment to be aware of our attitude towards our life as it unfolds. And when we find a negative attitude in ourselves, we must not be it. We must not say "I" to it. We must not see our life through its lying eyes, or else all we will see is the dark world that it needs us to see in order to remain in charge of our choices.

Instead, even in the face of our worst moments, we must remember the truths we have learned. We must be aware that whatever it is that we see before us is always a direct reflection of an attitude that is secretly active within us. Then, with this knowledge in hand, we change our attitude by remembering the Good of God. We recall our rightful place within His Life.

If we will just do the inner work needed to take these small steps in the moments of our lives that call for them, then the day will come when every moment of our life will be wanted. We will know the birth of a new attitude within us, and for its awakening we will be lifted to a whole new altitude. And there, in these native heights, we will know we have reached our Home.

Seen or not, our attitude determines our altitude in life. The "low" life comes by default. Gravity guarantees we will reach the bottom. To go Higher, we must (first) be Higher. Do your spiritual Work. If you will do your part, God will see to it that you rise. 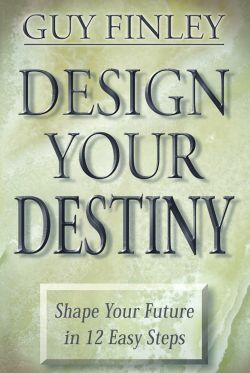