Nothing makes us more common, more alike all that we judge, than unconsciously identifying with those thoughts and feelings that tell us we're somehow different, better than all that we see.

We have learned to "tolerate" those who don't please us or who rub us the wrong way. We have come to believe that to do so is the same as living in harmony with others. Nothing could be further from the truth!

The whole notion of this order of tolerance is rooted in the idea of superiority, as only a superior person tolerates an inferior human being. When we are with someone, and we must "tolerate" him or her, we are in a state of secret self-love that keeps itself in place by having that which it quietly denigrates.

Unconscious self-superiority solidifies through a process of resisting what it imagines it isn't like, but by the fact of the negative reaction proves its unseen likeness. Shakespeare said, "Methinks thou dost protest too much," because he was pointing out that what we most strongly deny in another is what we unconsciously recognize in ourselves. But we're sure we're unlike everyone except for those who match the images we have of ourselves. And so it goes that we live from -- see our lives through the eyes of a certain false sense of "I" that always resists anyone seen as being "not like I am."

We have not been given this precious life in order to go through it resisting everything that doesn't suit us; rather we are created to grow through whatever we meet along the way. Resistance devitalizes the possibility of our spiritual development, rendering useless the conditions in our lives that we are given in order to rise above them. When we resist what others show us about ourselves, we close the door on the possibility of transcending the undiscovered parts of us that are troubled by them. Freedom is not found by avoiding what disturbs us, but by illuminating -- realizing and releasing -- whatever may dwell in the dark of us that can be disturbed.

The human being is created to develop in the "likeness" of that marvelous Intelligence that made us. This Divine Intelligence didn't create anything that it fears or hates. It's a ridiculous thought to walk around and believe (as we all do because of the strong sense of self that it produces) that another person is our enemy simply because we feel enmity for him or her.

Now, just so we're clear on this, there are plenty of unpleasant people. Our world is packed with them! But, given the negative effect of resenting others, and the fact that (for now) all we know to do towards those who disturb us is to resist them, could it be that when it comes to our human relationships we have been blinded to one of the main reasons for them? The answer is "Yes."

Just as the wind moves through a tree and carries its pollen to the blossoms of another tree, our relationships are intended to help "pollinate" the soul so that true understanding of why we are here on Earth can flower within it. We grow through our relationships with life, which means that through them we are shown possibilities about ourselves we never knew existed. To exclude any of these discoveries is to deny ourselves the truth of ourselves, something the Truth within us would never do. Love cannot grow where resistance rules.

This idea of tolerating human beings can't possibly be the seed of something celestial. This part of us that has become a master of tolerating those whom we can't stand has come to be as strong and prevalent as it is because of how superior it makes us feel when we are around them. This unconscious self-righteousness is not an act of love, but a form of hatred; it is a weakness.

When we're around other people, and start to have a negative reaction toward them, we can begin to know better than to blame another for the negative states revealed in us. For instance, if an angry person comes to us, instead of tolerating his or her negative state, we work with the understanding that we have seen the exact same anger in ourselves.

In that moment we disarm the lie of the "superior" self by effectively canceling its corrupting power to produce the illusion that we are different from the people we tolerate. And in the collapse of that opposite, love and compassion are born. "I can no longer treat you as someone to be "tolerated"; I realize the fact that you and I really are "neighbors" because we share a common burden: the need to discover the truth of ourselves through one another."

The new intention in all our relationships is something like this: "I will not suffer you; instead I will work to be increasingly conscious of us, suffering what I must for the sake of both of us. I will not cast you out as being something inferior to myself; I will not do that because I can't recognize in you anything as being an inferior condition in you unless I have it in myself."

Our work, if we're willing, is to catch that surging separation called "you are different from me." And then, in that same moment, to apply our new understanding that cancels this unconscious act of resistance. Instead, we embrace the realization that "you" and "I" are both exposed in this God-given moment that God meant for the purpose of transcending ourselves.

Remember that "tolerance" is a lie because it produces a "me" that is always apart from what I am tolerating. There cannot be love where there is separation. Risk leaving yourself open by refusing to identify with the parts of yourself that would have you believe that resisting life can lead to being embraced by it. Do the inner work and you will understand the greatest secret on Earth: everyone on it has a gift just for you -- if only you will take it. 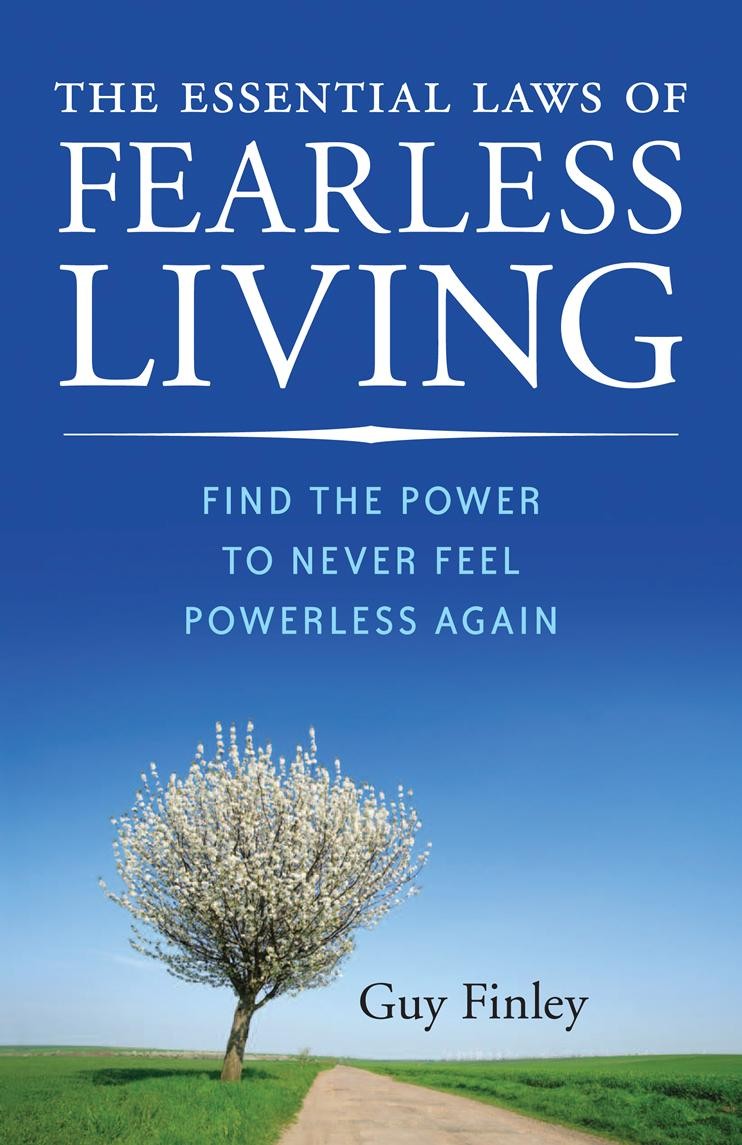