Throw yourself into what the day asks of you, and let no thoughts of uncertainty delay your departure. For the only true way to answer the day is to sail into it, despite contrary winds, and let whatever unfolds teach you to master the ship of yourself.

Special Insight: Never mind how much there may be to do, or how hard some task appears to be.

Get one thing done and then, take that step again. Consciously brush aside any other concerns. Do what's in your power. Refuse to deal with what's not.

Have you ever had this experience? You're faced with so many things that have to be done in a timely manner that it overwhelms you . . . so all you do is nothing! Well, that is, almost nothing.

You do manage to:

1) Worry yourself sick about how you'll get everything done.

2) Eat or snack until you feel drowsy.

4) Reorganize your papers and desk drawers as part of your plan of attack.

5) Worry about all of the time you know you've wasted making plans and reorganizing your desk.

If you're tired of finding yourself exhausted -- even before you're able to start working on some line of tasks assembled before you -- this exercise is custom-made for you.

The following insights and prescribed actions will lend just the help you need to succeed in handling a hundred pressing jobs; all while enjoying that inner calm and confidence that comes with knowing -- not only are you doing all that can be done -- but you're doing it in the best possible manner!

At any given moment, regardless of appearance or any emotional certainty to the contrary, it is not the demand of those already-overdue, hundred and one tasks that have you feeling so overwhelmed and under prepared. What you're really experiencing is the overwhelming presence of one thought: One thought that calls itself "one hundred and one things to do." Impossible you say? Please, read on.

The power this one thought has to deceive, and to ultimately freeze you in your tracks, is born partly out of its invisible alliance with anxiety-laden emotions. Here's how these two terrible tricksters team up to keep you off track and forever running for the train.

Thoughts have the power to present themselves to your mind in picture form. These thoughts are known to us and experienced as imagination. In this instance, as it concerns our study, one thought assumes the image, or mental picture, of one hundred and one tasks yet to be completed. To illustrate to you how this kind of mental picture is possible, imagine a photograph of a terribly cluttered desk. This mental picture is, in fact, one image with a thousand loose ends!

What happens next is that this same, single mental picture, consisting of multiple superimposed images, becomes animated with the aforementioned anxious and pressure-filled feelings. Now, in your mind's eye, that picture of your impossible situation not only looks real . . . it feels that way too! But this show has just begun.

In the wink of an eye, a second thought pops up. And unbeknownst to you, it's in league with the initial imaginary scene projected by the first thought. Its task is to confirm your worst suspicions; which it does when it announces in a small, but defeated voice that sounds a lot like your own: "It's hopeless. There's just too much to do. How can I get out of this?"

The next time you "hear" this inner voice of imminent doom, listen instead to this Higher Instruction: Never again look for a way out of any anxious condition. Look instead for a way to see through it.

Now learn the Higher techniques that will show you how to be a self-starting individual instead of a self-stalling one.

Each time you're faced with a logjam of tasks that seem far beyond your mortal abilities to resolve in the allotted time, here's what to do. First, whittle these logs down to manageable size by writing each one out on a pad of paper. This act will also help you untangle some of your own tangled feelings about the jam you're in. Just forget their order of importance for now. That will become clear later. Just get each pending task down on paper. Besides, your priorities can only be as clear as your thinking, so making this list helps to clarify both. Another benefit of your list is that it will keep confusion out of the picture, and confusion is to anxiety what wind is to a dust-devil.

Once you have your list of tasks written down on paper, place a star next to number one on your list. Then Do It! What does this mean? Exactly what it says!

Take number one on your list and just get that one thing done. Consciously refuse to entertain any other thoughts that push themselves into your mind with images of impossibility. It is possible to do one thing at a time. And it is possible to successfully complete one thing at a time, and to do that one thing to the very best of your ability. Then . . . move onto the next task at hand: Number two. Follow the same winning procedure as you did with number one! Then do number three, and so on, and so on, until all is done.

The main lesson here is that it only becomes impossible to succeed when you try to deal with what isn't in your power. There are renegade parts of you that want you to waste your powers dealing with them. Your misguided attention to their punishing presence gives them a life they wouldn't have without tricking you into giving them one. This means you don't need power to deal with what's been defeating you, only the Higher Understanding it takes to consciously dismiss it from your inner life. You have that power Now. Start using it.

Work with this exercise. Use its instructions. Get one thing done, one thing at a time, all the way down your list . . . whatever it may be. Proceed in spite of any thoughts or feelings that would have you believe you can't. Just behind your certainty that your "list" is too much for you, lies a new and conscious capability to proceed one step at a time -- to accomplish one task at a time -- to your satisfaction.

Special Summary: The most beautiful tapestry in the world begins and ends with but one of a hundred thousand threads.

Excerpted From: Design Your Destiny: Shape Your Future in 12 Easy Steps, pages 25-31. 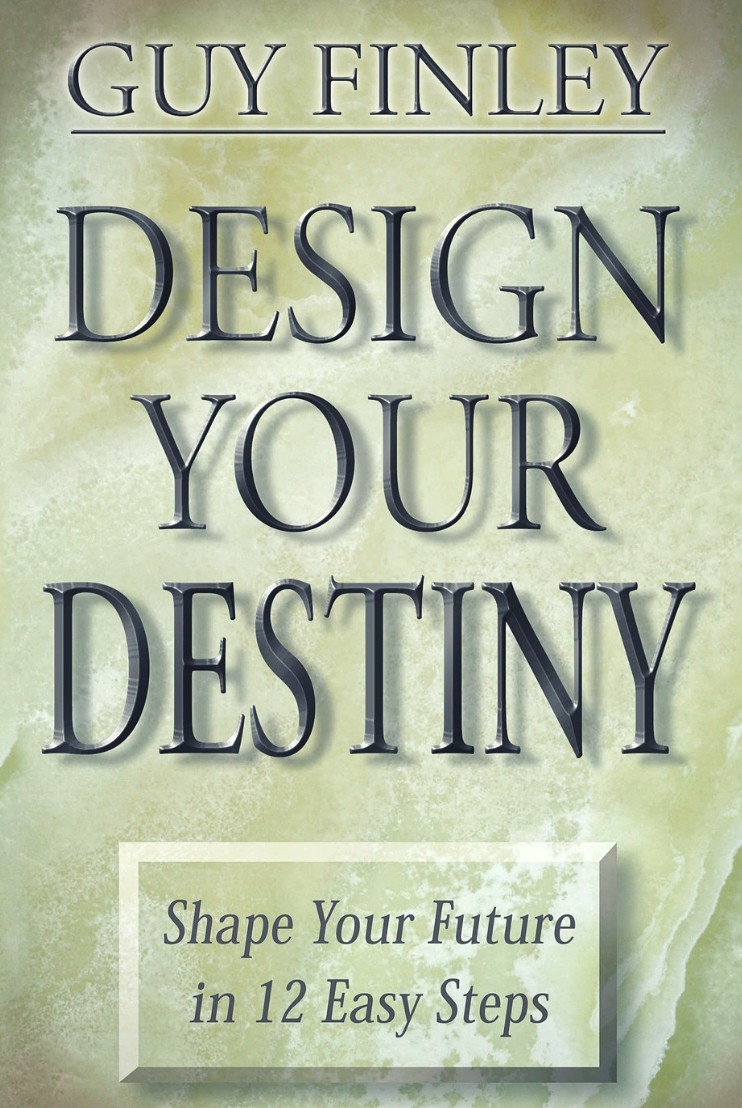