Think for just a moment how different your life would be if you knew -- beyond the shadow of a doubt -- that you couldn't fail no matter what it was that you wanted to do. Imagine knowing that any feeling you may have of being inadequate is always a lie, and then being able to walk through that fear, regardless of how real it seems to be... 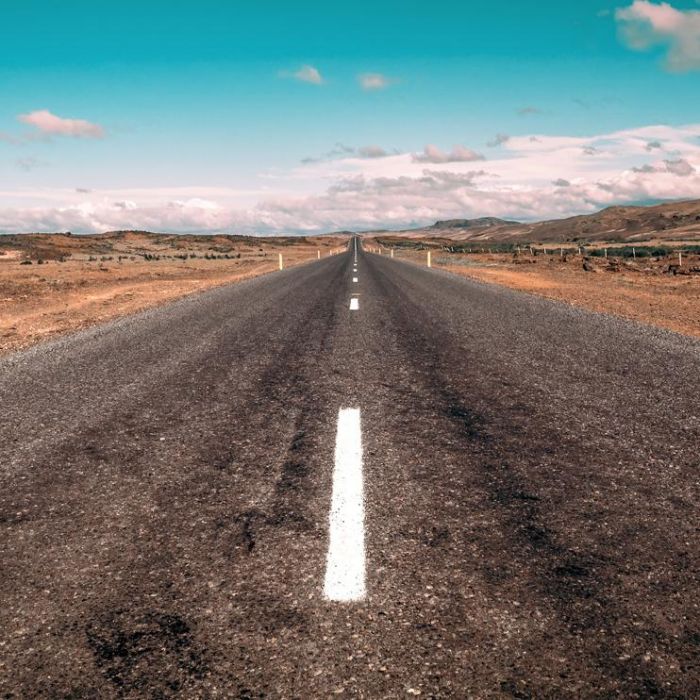 Skip to the beginning of the images gallery
Description

Think for just a moment how different your life would be if you knew -- beyond the shadow of a doubt -- that you couldn't fail no matter what it was that you wanted to do.

Imagine knowing that any feeling you may have of being inadequate is always a lie, and then being able to walk through that fear, regardless of how real it seems to be.

These promises are not a pipe dream, but represent your highest possibilities as a human being. But you already know that! You know that within you lives something that, if it could just be released, has no bounds: a creative force that can no more be contained by some contrary state of consciousness than sunlight can be made to live in a bottle!

The real question -- and it's been asked for thousands of years -- is how do I realize this kind of fearless life? How do I actualize what I know is true in my heart of hearts, so that I see every moment of my life as an opportunity to continue growing and going beyond former limitations?

There's a Plan in Place for You to Outgrow Limitation

It was the day before the grand opening of what was promised to be the greatest amusement park of all time. Dozens of celebrities and the worldwide press were invited for a special preview of the best attractions.

While he waited in line for his turn to take what was rumored to be the most exciting thrill ride of all time, Paul -- a reporter from a popular magazine -- could feel the tension in the air; he could also hear what sounded like people screaming inside the ride he was about to take. The next moment, a set of metallic black carts pulled up on the tracks before him, and before he knew it, he was in his seat, and snugly secured by a set of restraining bars across his chest and lap. With a lurch, the cars started out, and they slowly entered into the waiting darkness just ahead.

Everything that unfolded after that was pretty much what he expected. He could hear the shouts and comments of the people on the ride with him, and he was content to note their enthusiasm as a sign of the success of the ride. But he couldn't have been prepared for what happened next.

First came some very unusual sounds, terrible noises like metal grinding on metal, as if something was being torn; he knew right away something was wrong. And then all the carts shuddered in a sickening way, and the next moment he could see the track just ahead of him had failed, given way, so that it seemed inevitable everyone on that ride was about to be thrown into an abyss. Other passengers started screaming. Everyone knew something was terribly wrong. As he looked around at all the frightened faces he was surprised to see one young lady seated there with a smile on her face. "What on earth!" he thought to himself... "Doesn't she realize we're all about to die?"

Less than a moment later, as though he was watching a movie run backwards, the tracks that had collapsed before the cars seemed to magically bend back into their original shape, and reconnect themselves! A stunned silence filled the air. A moment later, the cars rolled ahead as if nothing had happened. Then it dawned on him -- as it must have the rest of the passengers -- that this terrifying experience was actually a part of the ride! A great laughter broke out amongst them all, mostly a release of the tension from the moment before.

When the carts pulled out into the sunlight at the end of the ride, the first thing Paul did was seek out the young lady who had seemed so fearless in the face of the imminent doom. Finding her a moment later in the crowd of VIPs, he introduced himself and, after learning that her name was Clara, he asked for a moment of her time. She agreed.

"I couldn't help but notice the little smile on your face when just about everybody else on the ride was terrified. How were you able to remain so calm and collected?"

"Oh, sorry about that," said Clara. "I suppose I had an advantage that no one else did on the ride."

Somewhat surprised by her answer, Paul asked... "And what was that?"

She smiled at him, and said: "My father designed all the rides for this park, and even though it was my first time on this new roller coaster, I already knew -- in spite of appearances -- that everything happening to us was part of a special plan. That's why I wasn't afraid."

Clara had special knowledge that the others didn't; she knew, in advance, there was nothing to really fear. Here's how you, too, can have this kind of fearlessness.

Imagine being able to know that no matter what you meet in life, regardless of how it seems, that it's part of a special plan designed just for your spiritual development. With such knowledge, what challenges couldn't you meet -- what challenges wouldn't you be willing to meet? Even unwanted moments -- where you're thrown "off track" -- would be met with confidence; after all, you're in complete control.

The First and Most Important Lesson of All

Every challenging, frightening moment of your life is placed there for just one reason: so that you can outgrow whatever doubts and limitations that same moment has revealed within you.

For instance -- on the positive side -- say that you've always wanted to start your own business, head back to college, or write your first novel. But the very thought of fulfilling this wish of your heart stirs certain other familiar thoughts like, "No way! You can't do that! Impossible!" In that moment, your hopes are crushed beneath the weight of one hundred negative assumptions, and the dream dies.

But here's the truth about any thought or feeling that says you can't do what your heart longs to do -- or that you can't learn whatever it takes to turn your life around in a whole new direction:

Break Through the "I Can't" Barrier!

There is nothing that you can't do, nothing. In those moments when it feels like you can't get past some sense of personal limitation, what's really going on is that you're unconsciously identified with unseen parts of yourself that don't want you to become conscious of them. They know that if you dare to go through what they don't want you to... you will see them for the lie that they are. Here's the bottom line on what you need to break through the "I can't" barrier:

Even though feeling limited seems like a "bad" thing to our present mind, there's nothing actually bad about it at all. Once we learn the proper way to approach these negative feelings, every limitation we meet is actually transformed into a secret doorway to the higher success we are seeking.

When we have this healthy and empowering new understanding, our whole relationship with life literally turns completely around and heads in a bright new direction:

Guy Finley revealed the step-by-step secrets to breaking through the "I can't" barrier in his keynote address at the 2010 "Healing with the Masters" conference in Southern California.

The atmosphere and energy during this keynote were palpable. I was fortunate to be at the event and experience firsthand the powerful truths Guy revealed to the audience that day. And now I'm so happy to be writing this email to you today to let you know that you can share in this powerful new knowledge as well!

Guy's entire 60-minute talk was recorded on audio and video and is now available at a very low price.

Turn What's Been Limiting You Into What Liberates You

Discover the true and direct path to fulfilling your highest possibilities.

The step-by-step instructions are revealed in Guy Finley's 3 Words to Take You Beyond Any Limitation. It shows you how to walk through any area of your life that now has you saying "I can't!" What you become on the other side of this understanding is a human being who cannot be stopped by nervous feelings or difficult situations. And remember, our full, 30-day, no-questions return policy means you have plenty of time to put it to the test.

Thank you for visiting. By placing an order on this web site, you are agreeing to the following Terms of Sale. Please take a moment to review them below.
These terms may be updated from time to time. Please check back occasionally for updates.

We reserve the right to cancel any order, and may require additional information from you before accepting or processing any order. If your order is cancelled, you will not be billed.

Orders placed through this web site usually ship within 48 hours after we have received the order.

Standard Shipping
Standard shipping is FREE for all products shipped to locations within the United States. We ship these items via United States Postal Service Library Rate. Expect your package in 2-3 weeks.

All products are unconditionally guaranteed for 30 days from the date of purchase. You may return a qualifying item for a full refund minus shipping charges anytime during that 30-day period.

Life of Learning Foundation is an Oregon 501(c)(3) non-profit corporation and you agree that any legal action brought against this web site shall be governed by the laws of the state of Oregon, without regard to its conflict of law principles. And you agree all disagreements arising from orders placed through this web site will be handled in the county of Josephine, Oregon by an appropriate federal or state court.

Write Your Own Review
Recommended Products