When sitting in judgment of others, look to your own eyes for whatever darkness you see.

Barring those moments when we find ourselves in real physical danger, conditions, of themselves, have absolutely no authority over us. It's true. No event or circumstance has any power to make us feel one way or another. The only command any condition may have over us is that which we unconsciously surrender to it. And what we've given away, we can take back. Insight coupled with action is all the power we need. Here's why.

All conditions, events, and circumstances are neutral -- they are neither for you, nor against you.

You're invited to prove this important concept for yourself by taking a special inner adventure in the form of the following exercise. The new freedoms that come with your discoveries will belong to you. This exercise is great fun too!

The next time you're with a group of people, friends or family, or even out at a mall or restaurant, be an event watcher!

For our lesson I've produced a simplified example of how this profitable inner life exercise might be practiced. But remember, making your own discoveries is vital for your development, so learn to watch events wherever you are, all the time.

Let's say you're out with a group of friends for a meal at a nice restaurant. Everything is casual, relaxed -- just as it should be, a pleasantly neutral atmosphere. And then, someone at your table says, "Did you hear the news? They just announced that the price of coffee is going to go through the ceiling!"

In the next instant, because of that one comment, the atmosphere at your table suddenly shifts. You can feel it, and your awareness calls you into a wide awake state. You know it's time to be an event watcher.

So you relax, sit back, and begin watching everything around you as it begins to unfold. This one point is clear from the start: the fact that coffee beans just jumped into a higher price range is truly a neutral event.

As you watch the effect of the news ripple over your friends, you can see that most of them have little or no reaction at all. Why? Various reasons: the most likely of which is that they don't drink much coffee!

If you continue to watch the event unfold, the odds are you'll soon observe one man or woman in your group become a captive of the news. But don't judge, just watch. All judgments of others as they're drawn into an event make you both a part and a prisoner of that same event. So stay awake to this tendency. Stay free.

As an event watcher how do you know when someone has fallen victim to conditions and become a psychic prisoner?

He or she will make some comment that the way the world turns just isn't fair, especially as it revolves around his or her interests; or you'll be able to see his or her spirits sink before your eyes. But remain detached. As long as you don't jump into it, the negative atmosphere of anyone else that may be around you is just another neutral event, as far as you're concerned! This higher spiritual standpoint allows you to remain watchful and ask the next two important questions of yourself.

If conditions are really powerless to make you, or any other individual, a captive, then what's happened to your companion in this illustration? What is it that has captured him or her?

While any imprisoned person can come up with as many reasons as there are stars to justify a sudden surge of negativity, the invisible cause of his or her captivity is always the same. So, let's just say for this example that the person thrown into the invisible prison over the rumor of increased coffee costs is probably the one in your party who tends to consume it the most, while possibly being the least able to afford its rise in price. But let's not lose sight of the exercise!

Was it the event which tied that individual up in knots? Did the conditions of supply and demand as they concerned the economics of coffee produce that person's prison? Or was his or her temporary confinement created only by an unseen thought as it whispered to him or her in undetectable tones, "Oh no! What's going to happen to me if I can no longer afford to enjoy my morning coffee?"

The lesson from your first excellent adventure as an event watcher should be clear: it's never the event or the condition that holds us captive, but the way we think toward it that creates our sense of captivity.

Excerpted From: Freedom From the Ties That Bind, pages 14-17. 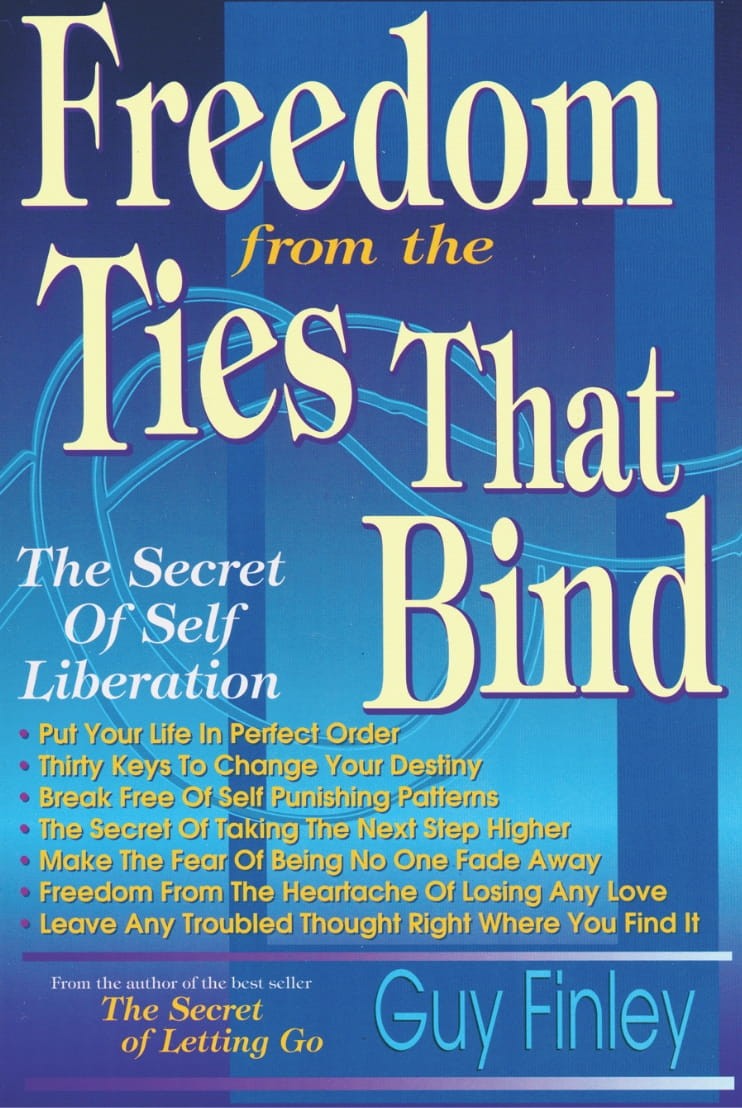